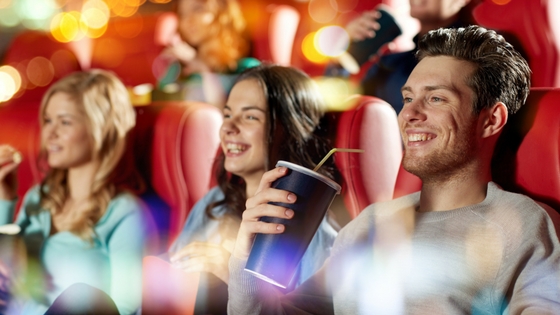 One of our favorites pastimes is heading out of our apartment community and going to our favorite movie theater in Indianapolis, IN. This month, there are a handful of movies that we can’t wait to watch. Check them out below!

The following titles and descriptions can be found at IMDB.com:

The Lego Movie 2: The Second Part

“It's been five years since everything was awesome and the citizens are facing a huge new threat: LEGO DUPLO® invaders from outer space, wrecking everything faster than they can rebuild.” Releases on February 8.

“A young woman disenchanted with love mysteriously finds herself trapped inside a romantic comedy.” Releases on February 13.

“Alita is a creation from an age of despair. Found by the mysterious Dr. Ido while trolling for cyborg parts, Alita becomes a lethal, dangerous being. She cannot remember who she is, or where she came from. But to Dr. Ido, the truth is all too clear. She is the one being who can break the cycle of death and destruction left behind from Tiphares. But to accomplish her true purpose, she must fight and kill. And that is where Alita's true significance comes to bear. She is an angel from heaven. She is an angel of death.” Releases on February 14.

Fighting with My Family

“A former wrestler and his family make a living performing at small venues around the country while his kids dream of joining World Wrestling Entertainment.” Releases on February 14.

How to Train Your Dragon: The Hidden World

“As Hiccup fulfills his dream of creating a peaceful dragon utopia, Toothless' discovery of an untamed, elusive mate draws the Night Fury away. When danger mounts at home and Hiccup's reign as village chief is tested, both dragon and rider must make impossible decisions to save their kind.” Releases on February 22.

Thanks for visiting the Artistry Blog! We hope you have a great month.